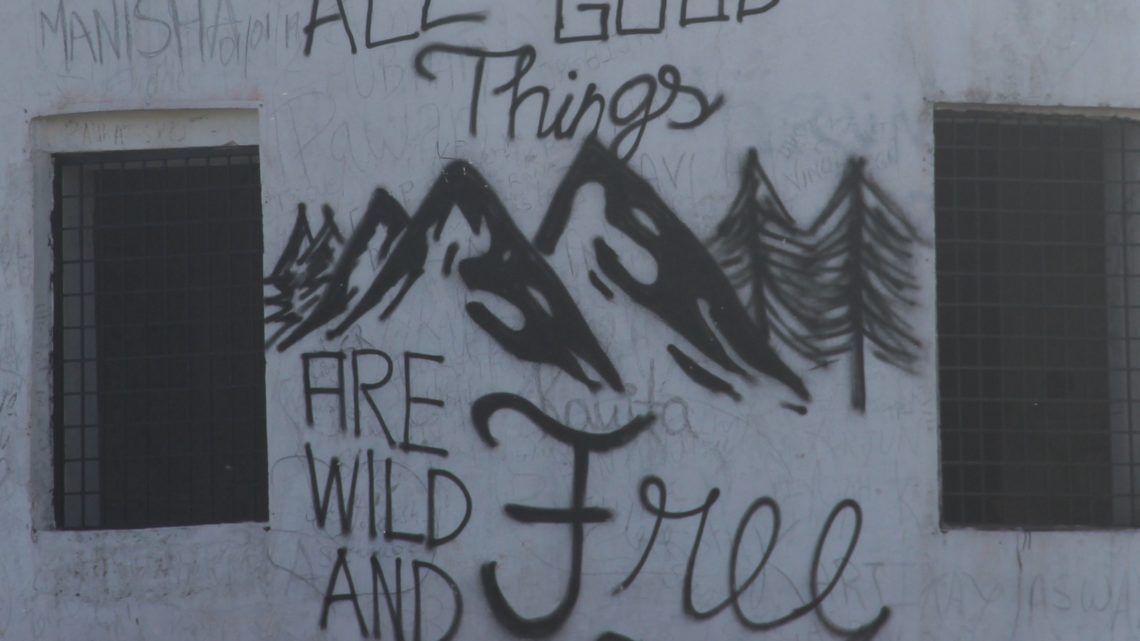 From the plains and hills of Rajasthan to the foothills of the Himalayas. We wake up gently on the night train between Old Delhi and Dehra Dun. Despite the heat and stops, we had a peaceful night and we are much fitter than after our last night train experience in Sri Lanka. The train progresses surrounded by lush vegetation. We look to see an elephant or a tiger 🙂 M tested the Mac Donald from Old Delhi the day before. I always eat bananas and hydrate myself to the fullest in the hope of tasting other local dishes.

Dehra Dun is one of the big cities in Uttarakhand. End, we leave our cabin cozy and find dirt, smell and curious Indian looks. The city is 600 meters above sea level and it is a little less hot. A bus station is located just behind the station. You have to buy your ticket at the ticket counter. I’m trying to break a slightly torn ticket that I was given to Jaipur. The guy refuses…

The bus to Mussoorie leaves every hour. The driver does not seem to be stoned at the betel but one can feel his failed vocation for the car rally. The laces follow each other at full speed as the Indians have fun, take selfies and fall on top of each other. Tirelessly, we rise above the city turn after turn to cliff side, the bus overtaking all the vehicles in its path. It’s nauseous that we arrive at Library Point, one of mussoorie’s extremities.

Mussoorie is an ancient climate station built by the British to find some freshness. The city is built on the ridge of a mountain at 1880 m altitude. A “pedestrian” street called the Mall joins Library point to Picture Palace.

Our accommodation is in the middle of the Mall. We can’t wait to get there because the sky is threatening and we are loaded. With altitude, it’s rather cold, 10-15 degrees to compare with the 35-40 degree we had a few days earlier. When we arrive, it smells clean but it’s not clean. We’re clarifying all this as the storm rumbles on.

The sky has cleared. We see Dehra Dun below and cultures on stairs. We’re heading for George Everest House. This is a famous hike in Mussoorie that makes 10-15 kilometers round trip mostly on a road. George Everest is a geographer and surveyor. Its name was given to the highest mountain in the world. The route does not require a guide and is shown on MapsMe.

As we climb, we discover a panorama of fabulous snow-capped Himalayan peaks including the Bandarpunch (6317m).

It is also an opportunity to see some beautiful birds including the little blue bird Gobemouche Ultramarin (ultramarine flycatcher). There are many rhododendrons in bloom along the road.

The George Everest House seems quite busy. We meet large groups of Indians (mostly male). The atmosphere is cool. The house is not really of interest and the surroundings are rather dirty. The view of the mountains and the valley is very nice. They are also the first prayer flags we come across.

On the way back with the sunset, we appreciate the color changes on the snowy peaks.

We see the Buddhist temple that we will visit the next day. Once the sun is hidden, the temperatures drop and the Mall is overrun with small sellers of wool product. There is a picturesque entertainment with funfair gates. The night will be very cool as there is no heating in the room. Big contrast with the beginning of the journey 🙂

The movie of our Maldives dives